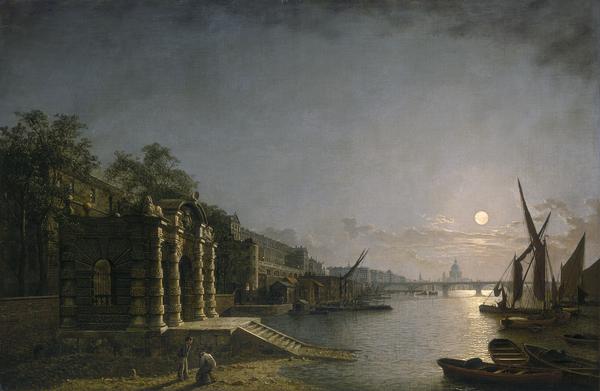 The Thames Water Gate was a shortlisted entry for the River View competition run by the London Festival of Architecture in partnership with  the City of London Corporation and the Illuminated River Foundation.

The proposal takes its cue from the ornate structures which lined the riverbank in the 17th Century, providing direct access from the water to houses along the Strand and Fleet Street.

Our contemporary Water Gate consists of two parts; firstly a pair of viewing platforms located in two sites along the Thames Path, and secondly a lightweight illuminated ‘lantern’ that can be installed on top of both – travelling on a barge along the river between the two. In this way the scheme celebrates the historic use of the river as a ceremonial and functional artery through the city.

By creating a structure which projects the visitor beyond the embankment wall the Thames Water Gate encourages interaction and engagement with the water – provoking a conversation about the role of the river within the city today.